The 5:2 plan is a style of intermittent fasting in which you eat normally for five days of the week and fast during the other two. It’s been around in one form or another for centuries, but grabbed the public imagination in 2012 and 2013 when Dr. Michael Mosley and his book The Fast Diet, which promoted a 5:2 fasting schedule for weight loss, hit the scene.

Since then, the 5:2 fasting plan has been endorsed by various celebrities such as Jimmy Kimmel and is now one of the most popular forms of intermittent fasting.

Although it’s sometimes called the “5:2 diet,” 5:2 fasting isn’t a diet but an eating pattern. It doesn’t restrict what or how much you can eat (although if you’re fasting for weight loss, you may want to pay more attention to what you eat on non-fast days), and it doesn’t have any “good” or “bad” food lists. 5:2 fasting — along with other forms of intermittent fasting — is a lifestyle choice to be practiced on an ongoing basis.

Like all types of intermittent fasting, the 5:2 plan is very simple. For five days out of seven, you eat what you like, and on the other two days, you fast. Or rather, you practice a modified fast; on fast days, you are allowed a minimal amount of calories — 600 for men and 500 for women. Some people find that this calorie-restricted style of fasting twice a week is an easier plan to follow than schedules such as 16:8 that require extended fasting on a daily basis.

Common questions about the 5:2 plan center around what and how much you can eat on fasting days, when to schedule fasts and the health ramifications of fasting two times per week.

How much should I eat on fasting days?

Men are allowed up to 600 calories on fast days, while women are restricted to 500. If we’re talking about volume rather than calorie count, however, then “how much” depends entirely upon precisely what you’re eating.

500 calories is roughly the equivalent of one cheeseburger, but it’s a lot of low-carb, high-fiber veggies or a big bowl of vegetable soup.

What can I eat on fasting days?

Technically, you can eat whatever you like provided it fits into your allotted calorie count. In practice, however, you’ll probably find that you feel and function at your best when you avoid carb-laden foods like bread, pasta, potatoes or sweets (which can intensify hunger and lead to cravings) and focus instead on foods high in protein and on high-fiber, low-carb vegetables. Both will help you to feel fuller and avoid hunger pangs.

Should I fast two days in a row, or stagger my fast days?

While you can fast two days in a row, most people find this too difficult and it’s not recommended. Which days you choose for fasting is a personal decision, of course, but most people allow at least one “normal” day between fast days.

Is fasting twice a week healthy?

While intermittent fasting isn’t recommended for everyone (people with a history of disordered eating, for instance, shouldn’t try IF, nor should pregnant or breastfeeding women), a growing body of scientific evidence suggests that intermittent fasting, in all forms, may have some serious health benefits.

Although fasting twice a week for weight loss may sound extreme to some, research suggests that many people find it easier than traditional calorie-counting diets. 5:2 fasting only requires calorie-counting on two days out of seven, making tracking calories much less difficult. And planning your fast-day meals and snacks ahead of time can make it even easier.

Studies show that 5:2 fasting and traditional calorie-counting diets achieve the same amount of weight loss. However, if you’re trying the 5:2 plan for weight loss, it’s important not to overcompensate on your non-fast days.

Fasting two days per week cuts out roughly 3,000 calories, which usually translates to about a pound per week lost. But overeating on non-fast days can quickly wipe out this calorie deficit and stall or even reverse weight loss.

“Eat what you like” doesn’t mean “eat as much as you want as often as you want;” binging on junk food or sweets is still going to sabotage your weight loss goals. In other words, common sense and healthy eating rules still apply on non-fast days. So stick to nutrient-dense foods rather than energy-dense ones, and save the junk for a treat.

Dealing With Hunger and Other Possible Negative Side Effects

There’s no getting around it: You’re more likely to find yourself feeling hungry with the 5:2 plan than with other forms of intermittent fasting.

However, most people find that this passes relatively quickly (the feeling of hunger usually only lasts 20 minutes or so. We don’t realize that because we normally satisfy our hunger almost as soon as we feel it) and keeping busy or drinking water or other no-calorie liquids can help you cope till the feeling passes.

Other common complaints are low energy, feeling cold, poor concentration, headaches and dizziness. Low energy and feeling cold generally improve over time as your body adjusts to the fasting routine. In the interim, if these are problems for you, dress more warmly and avoid activities that require a lot of energy (don’t work out on fast days, for instance).

Poor concentration, headaches, and dizziness, on the other hand, are often the result of dehydration, so make sure you’re drinking plenty of liquids.

How Does the 5:2 Plan Stack Up to Other Types of Intermittent Fasting?

On the plus side, you only fast two days per week rather than every day. But on the negative side, your fast is much longer than with other IF schedules.

This means that hunger on fast days may be more of a problem than with other fasting plans, at least in the beginning. However, most people find that if they can stick it out through the first few weeks, the negatives disappear.

To learn about other IF protocols please visit our complete guide to Intermittent Fasting Plans. 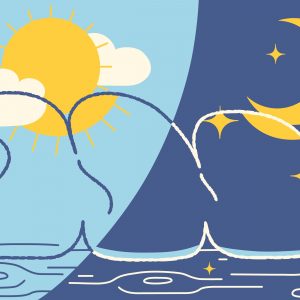 Everything You Need to Know About Dry Fasting 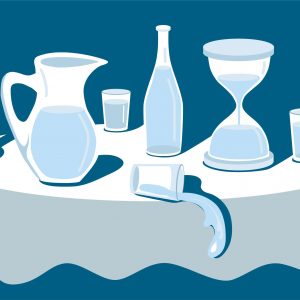 The Pros and Cons of Water Fasting

All humans need food and water to survive. But what if you cut out the food and only drank water instead? If you ...

For most people, a 16:8 fasting plan is one of the easiest intermittent fasting schedules to adopt. It doesn’t ask ... 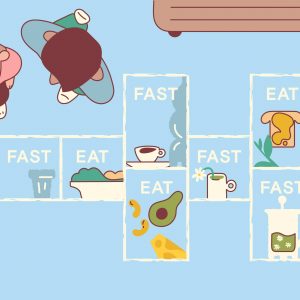 Alternate Day Fasting: Is It Right for You?

Alternate day fasting is a type of intermittent fasting where you fast every other day, and eat normally on the ... 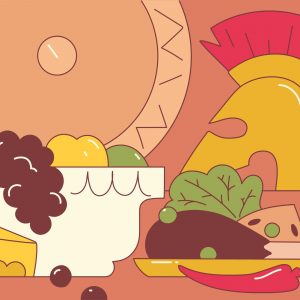 What Is the Intermittent Fasting Warrior Diet?

When it comes to intermittent fasting, the best protocol is one you can confidently stick to. For some people, that ... 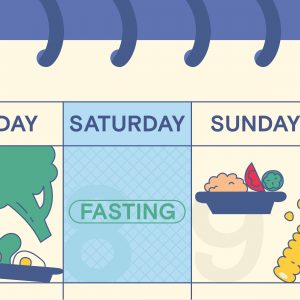 The Pros and Cons of Eat Stop Eat Fasting Plan

Eat Stop Eat is a method of intermittent fasting developed by author Brad Pilon, which involves fasting for ...
Cancel reply