Intermittent fasting, or IF, is not a diet, but a way of eating that involves cycling through fasting and eating windows. Relatively short fasting windows last anywhere from 12-24 hours and are interspersed with periods of regular, healthy eating.

So what’s “regular eating” while taking part in an intermittent fasting protocol? It takes simple common sense to understand the positive effects of IF may be negated if, during the eating window, you’re filling yourself with donuts, candy, and cake. But is there a best diet to go with intermittent fasting?

We explore several popular diets and their effect on your intermittent fasting protocol.

Intermittent Fasting and the Keto Diet

The Ketogenic Diet, or Keto Diet, is a low-carbohydrate and high-fat diet that has gained popularity for its influence on fat burning. The ketogenic diet and fasting are frequently done together. Properly executed, the ketogenic diet encourages a state of ketosis in the body, which is what happens when glucose is no longer available for energy, and the body turns to ketones and fat burning as an alternative fuel source.

The ketogenic diet is not new, yet in the past was used mainly as a medical diet for patients with epilepsy to reduce seizures. The anticonvulsant properties of the diet point to the effects of ketosis on the brain, which even healthy bodies may potentially benefit from.

While many partake in the keto diet with weight loss in mind, the ketogenic diet has been shown effective in boosting memory and preserving it well into old age, reducing inflammation in the brain, preventing the onset of Alzheimer’s disease and increasing the presence of mitochondria for optimum brain performance.

In addition to the effects of ketosis on the brain, the ketogenic diet has been shown to reduce blood glucose levels in patients with Type 2 diabetes and is effective in reducing chronic pain.

To achieve a state of ketosis, it’s recommended to consume less than 25 grams of carbohydrates daily, and fuel instead with high-fat foods containing a small amount of protein. A typical ketogenic diet consists of 75% fat intake, 20% protein and just 5% carbohydrate.

A keto breakfast might include healthy fats such as avocado with a small portion of eggs for protein. A typical lunch or dinner on the ketogenic diet consists of a small grass-fed steak and large amounts of vegetables roasted in organic, grass-fed butter for a high-fat content.

Those on the keto diet avoid alcohol and sugary foods, including fruit. Beans and legumes, root vegetables, starches and grains are all off the list due to their high carbohydrate content.

The Ketogenic Diet and Fasting

Fasting on a ketogenic diet can boost both the effects of the fast and ketosis in the following ways:

Intermittent Fasting and the Paleo Diet

Different from the ketogenic diet, the paleo diet is a method of eating that mimics how our ancestors might have eaten before the onset of agriculture. Healthy, whole foods are emphasized over-processed, farmed or manufactured foods. Whole nuts, berries, vegetables, meat, and fish are encouraged, while those on the paleo diet avoid grains, sugars, dairy products, rice, and beans.

The assumption behind the paleo diet is that our human genome largely developed in pre-agricultural times, and thus, even today, is best served by this way of eating. While there are paleo diet pros and cons, those on the paleo diet find they benefit from the removal of manufactured, processed and highly refined foods, which consist mostly of high sugar carbohydrates. Many turn to the paleo diet for weight loss, but there are other benefits as well.

The diet claims to improve gut health by avoiding gut-damaging grains, legumes, and dairy proteins and is recommended for those with irritable bowel disease, or IBD, and celiac disease.   Studies show that a paleo style of eating lowers blood sugar and improves insulin sensitivity, reduces the presence of triglycerides (specific fats that may increase risk of heart disease and death) and reduces high blood pressure.

What can you eat on the paleo diet? Also known as the caveman diet or the primal diet, the paleo diet allows for healthy, whole foods such as free-range, grass-fed meat, wild-caught fish, eggs, vegetables, nuts and seeds. In general, anything that could be found or hunted over 10,000 years ago is included in the paleo diet.

Fruits are consumed only in limited amounts in their whole food form. For example, if cavemen wouldn’t have blended 20 oranges into a 16-ounce juice, you won’t be able to either. For the same reason, “natural” sweeteners are avoided due to the high concentration of sugar that would never be found in nature.

Grains, legumes and dairy products are avoided for their high carbohydrate content and their damaging effect on the body’s intestinal lining. Some people on the paleo diet consume grass-fed butter and fermented dairy products in limited amounts, although the purists would say these are off-limits.

The Paleo Diet and Intermittent Fasting

Both the paleo diet and intermittent fasting harken to an era where humans lived as hunters and gatherers, eating as food was available versus three steady meals per day.

Intermittent fasting and the paleo diet work together in the following ways:

The IF Mimicking Diet

Proponents of the IF mimicking diet say that it offers similar benefits to intermittent fasting, while putting less stress on the body and mind, and is especially helpful for those new to fasting who may find it stressful to completely abstain from food for 12 hours or more.

Different from long-term calorie restriction, the FMD is considered safe because calories are restricted for no more than five days. It’s recommended to repeat this five-day diet twice yearly, quarterly or as often as once per month.

Fasting mimicking diets are vegetarian and free from gluten or lactose. A typical day may include tea and a small nut bar for breakfast, vegetable or miso soup for lunch, a handful of olives as an afternoon snack and another small bowl of soup for dinner.

IF Mimicking vs Intermittent Fasting

It’s possible to combine IF mimicking with intermittent fasting for a five-day window in one of two ways. Those on a 16:8 fast would consume the day’s small snacks and meals within an eight-hour window. Alternatively, you could slowly reduce calories from 1,200 to 700 over four days, then close the FMD with a 24-hour fast.

While an intermittent fasting protocol is potentially ongoing, it’s important to remember that the FMD is not a long-term diet. After five days or more of caloric restriction, results diminish as the body goes into starvation mode, slowing metabolism, holding on to fat and keeping glucose in your blood. While some find the FMD a good introduction to intermittent fasting, it should not be done in conjunction with intermittent fasting over a long period of time.

Whole Foods Are Really All You Need

Among the benefits of intermittent fasting is that, during the eating window, you consume your full caloric requirement via healthy meals. The body continues to have its complete nutritional needs met while reaping the benefits of a periodic fast. Fasting for longer is not necessarily better. If it was, would we even need to eat at all?

When participating in an intermittent fasting cycle, you do need to eat during the eating window. How you choose to eat influences your health as it always does. While a specialty diet such as paleo, keto or FMD potentially boosts the effects of your fast, all it really takes are simple, healthy, whole-food meals to benefit from intermittent fasting.

Sara-Mai is a writer who specializes in physical and mental health, nutrition, and fitness. She has 20 years of professional experience in the health and wellness industry and is a certified yoga instructor. 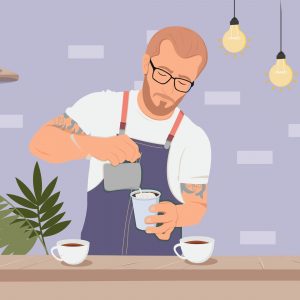 Is Coffee Bad for You? Health Benefits and Risks o...

If you’re like most people, it can be challenging to imagine life without coffee! You might find comfort in having ... 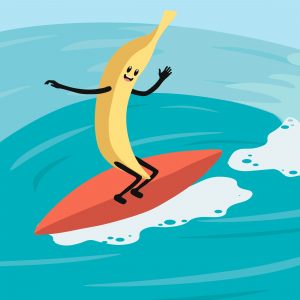 After a hectic afternoon of meetings, you finally have time to breathe and grab a convenient, no-brainer snack. Do ... 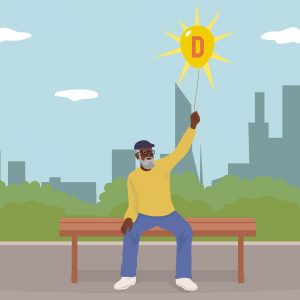 Everything You Need to Know About Vitamin D

Have you noticed the recent spike in Vitamin D’s popularity? You may have read food packages boasting “added ... 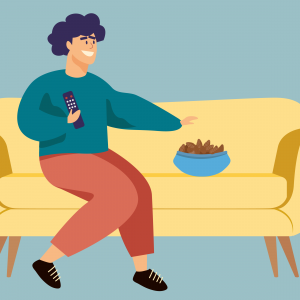 What You Don’t Know About Almonds May Surpri...

Almonds are highly nutritious tree-nuts that have been cultivated and enjoyed for thousands of years. They ... 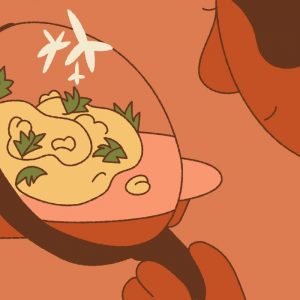 The amount of snacks Americans eat has doubled, over 40 years. Health professionals are not satisfied that snacking ... 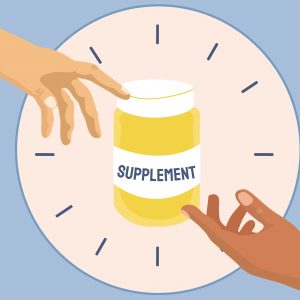 Everything You Need to Know About Supplements and ...

One of the most common questions we hear over at Simple is, “Do I need to take supplements for intermittent ... 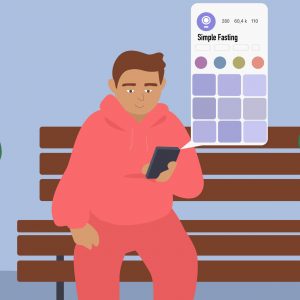 At first glance, you may not realize the astounding results you can achieve with intermittent fasting. But to ... 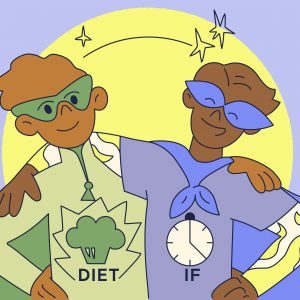 If you want to lose weight and improve your health, it’s best to choose an eating plan that you can stick to ... 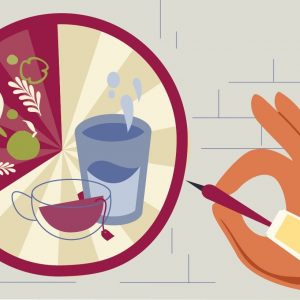 Can You Drink Protein Shakes During Intermittent F...

Intermittent fasting may be one more step in your quest for peak fitness — a pursuit that means you need to eat ... 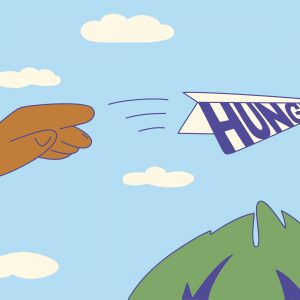 How To Curb Hunger While Intermittent Fasting

Intermittent fasting is when you abstain from food for a designated period, and then have eating windows where ... 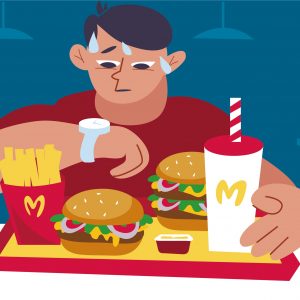 Can I Cheat While Intermittent Fasting?

A cheat day is typically considered a day off from your diet. On a cheat day, you can eat whatever and whenever you ... 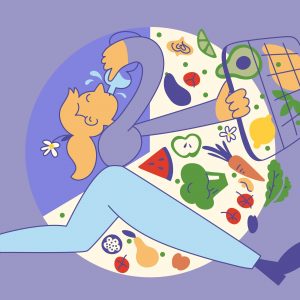 Intermittent Fasting for Vegans: How to Start