Hugh Jackman, star of The Wolverine and the X-Men film franchise, has become nearly as famous for his diet as he is for his acting skills. In 2013, a lean and chiseled Jackman filmed Wolverine at 6 feet 2 inches and 190 pounds. Jackman credits his svelte physique to a combination of exercise and intermittent fasting, although he’s quick to admit it’s the latter that had the greatest influence over his 12-pack abs. The Hugh Jackman intermittent fasting plan is now commonly referred to as the Wolverine Diet.

Hugh Jackman is among the most well-known of intermittent fasting’s early adopters. When shooting his first X-Men film in 2000, Jackman says he had no idea how to eat or train. He jokingly recounts the story of filming X-Men’s shirtless scenes, reserved for the very end of the shoot, at the request of a director who deemed he needed more time to diet.

Over 10 years later Hugh Jackman credits intermittent fasting for the muscular physique he presented in 2013’s hit, The Wolverine. Older, yet stronger and slimmer, Jackman showed up on set ready to rumble. We review the Hugh Jackman fasting protocol below.

Jackman’s intermittent fasting plan followed the 16:8 method. This means he consumed all of his calories during an eight hour period while fasting for the remaining 16 hours of each day. His 10 a.m. to 6 p.m. eating window meant that he would likely be sleeping for the majority of the fasting period which helps prevent hunger and makes for an easier fast. 16\8 is a great fasting plan, but it’s not the only one. Take our quiz and find the fasting plan that suits you best.

The drawback? While Jackman was more often than not still busy on set after 6 p.m., he concedes that his fasting window would be tough on those with a robust social life or friends and family who normally sit down to a meal later in the evenings. Hugh was downing the last of his dinner by 7 p.m. at the latest each day.

During the eight-hour eating window, Jackman didn’t hold back on the calories. In fact, to gain nearly 20 pounds of muscle for his Wolverine physique, he was consuming a staggering 4,000-5,000 calories per day.

Just prior to filming The Wolverine, Jackman had lost a significant amount of weight to portray Jean Valjean in the French revolution saga, Les Miserables. His 6 foot 2 frame was a skinny 170 pounds when he began training for The Wolverine. Jackman’s goal, like that of many others, was to gain muscle without gaining fat.

Jackman’s high-calorie diet, suggested to him by his good friend and actor Dwayne, “The Rock,” Johnson, was high in protein sourced from lean meats. To reach the required amount of calories, Jackman consumed between four and five meals each day. Typically, 50% of his calories came from protein, 30% from fat and 20% from carbohydrates. Carbohydrates consisted of mostly vegetables with limited grains.

A sample day of meals would include a high-protein breakfast, more protein and vegetable-based carbohydrates for lunch and dinner, with healthy fats for snacks throughout the day.

The high caloric requirements meant endless chicken. Some days, he would replace the chicken with protein shakes for convenience or variety. Jackman’s dietician points out, however, that aside from protein shakes, he did not use supplements. All his nutrients came from healthy, whole-food meals.

By taking in fewer carbohydrates on the days he wasn’t working out, Hugh’s insulin was kept low. This is especially important during intermittent fasting because the muscles become more sensitive to insulin when in a fasted state. Another benefit of low insulin? Fat burning increases as the body’s energy source moves from glucose to fat.

Hugh’s workouts benefitted greatly from his intermittent fasting protocol. Gym sessions took place in the mornings, while the body was still in the fasted state. There is some evidence that exercising in a fasted state burns less glycogen, forcing the body to burn a greater percentage of fat instead.

Studies show that healthy men who exercise in a fasted state also burn more fat throughout the day. Eating after training, as opposed to before, may also stimulate an anabolic response. This is especially true when the meal follows a heavy resistance training session, which is exactly how Jackman was exercising.

Jackman’s trainer put together a functional fitness protocol for the Wolverine to promote hypertrophy, or muscle growth. Workouts consisted of free weight exercises mostly performed to failure, meaning Hugh performed high repetitions of low to mid-weight movements to the point of exhaustion.

While on the Wolverine diet, Hugh Jackman was 44 years old and went from 170 pounds to a lean 190 pounds of muscle. The lean mass weight gain was achieved through a combination of intermittent fasting, a healthy, high-protein diet of whole foods and up to three hours a day of exercise several times per week.

While on one level, Jackman’s diet and exercise protocol may sound extreme, it’s also true that most of us aren’t under the gun to gain 20 pounds of muscle. The plan seems far more practical when considering the typical adult needs just 1,500-2,500 calories per day, and may exercise for one hour, not three, several times per week.

While Jackman’s body is worthy of admiration and can be motivating for some, it’s important to keep in mind the difference between film and real life. Prior to shooting The Wolverine’s shirtless scenes, Jackman would dehydrate to enhance the sculpted look of his muscle. By practicing super-hydration in the week prior to filming, then abstaining from all liquids in the 12-24 hours before a shoot, Jackman achieved his finely chiseled look. While common on film and physique competitions, techniques like dehydration simply aren’t safe for every day.

There are, however, take-home benefits to the Wolverine Diet. Jackman tells Men’s Journal, “I sleep so much better.” In that statement he sums up what greater physical health is all about; not just looks, but a feel-good feeling.

Sara-Mai is a writer who specializes in physical and mental health, nutrition, and fitness. She has 20 years of professional experience in the health and wellness industry and is a certified yoga instructor. 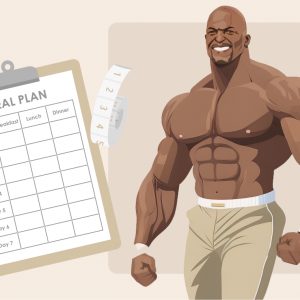 Terry Crews’ workout and diet plan explained
Is Terry Crews your new workout crush? This 6’2”, 215 lb. guy has got muscles for days. His physique would be ... 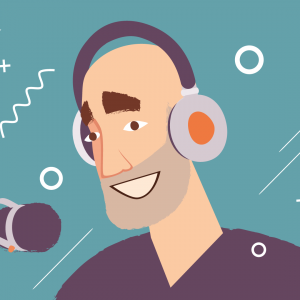 Joe Rogan: Celebrity Intermittent Fasting Advocate
When you think of Joe Rogan, “fasting” is probably not the first thing that springs to mind. You might know him as ...